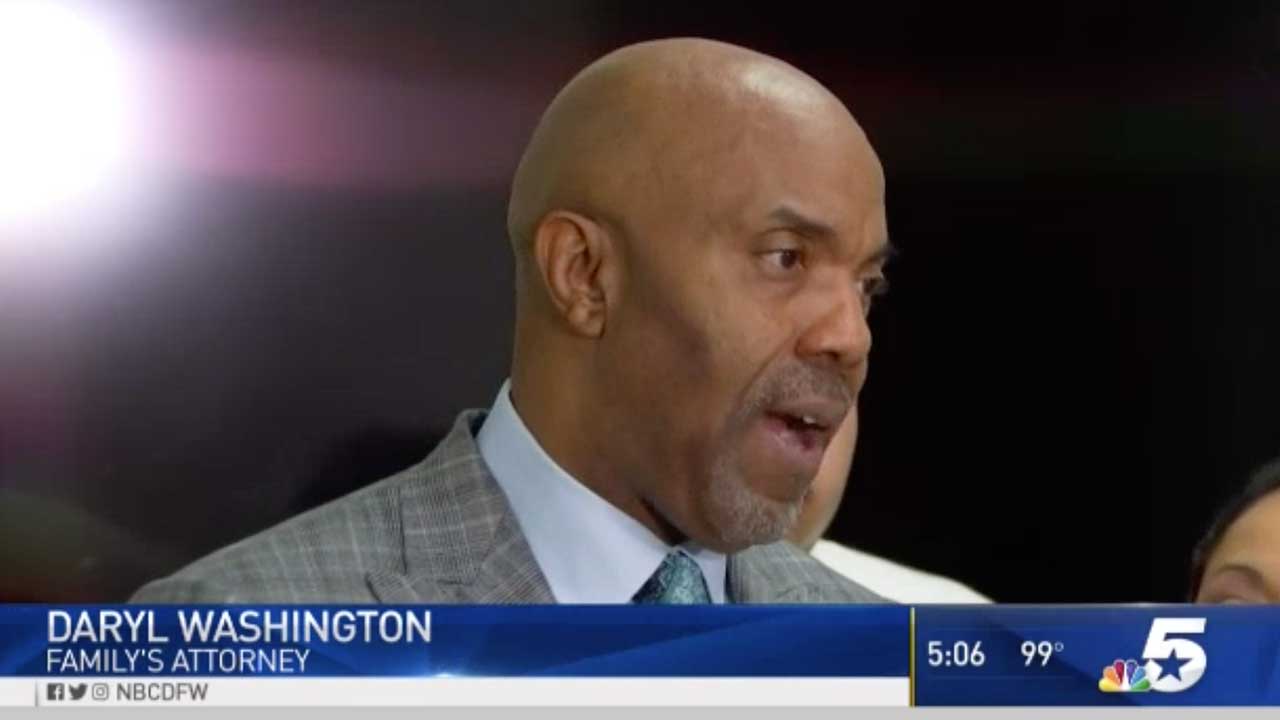 The family of a woman killed by a Dallas police officer is calling for more charges after the officer who killed her was indicted.

It’s the first time a Dallas police officer has been indicted for killing someone while on the job in 43 years.

The family of Genevive Dawes says that’s progress. But they wanted murder charges instead of aggravated assault by a public servant, and they say they’ll keep pushing for justice.

As she reached for a photo of her mother Friday afternoon, Genevive Dawes’ little girl was too young to know that pictures are the only way she’ll see her mother again.

“Now her two beautiful daughters have to live without a mother because of this tragedy,” said Dawes’ 10-year-old cousin, Rubie Saucedo.

“My cousin is no longer here,” Gabrielle Saucedo said. “He shot her 13 times. She weighs no more than 115 pounds. I feel like that’s unnecessary.”

Dallas police say Dawes and her husband were sleeping in a stolen car when police approached them, though the family’s attorney says Dawes didn’t know the car had been stolen.

“What happened at the moment that these officers decided to fire the shots?” the family’s attorney, Daryl Washington, asked. “They did not decide to fire the shots because the car was stolen.”

Police say that Dawes backed up and hit a squad car, pulled forward into a fence, then backed up again slowly. That’s when Hess fired, claiming he thought she was trying to run over the officers.

“She wasn’t a violent person,” said Dawes’ mother, Mary Dawes. “She wouldn’t put anybody in danger, or put herself in danger. She had too many people she loved.”

The incident was caught on video and the family’s attorney says it shows that the officer’s account doesn’t tell the true story.

“That’s another reason why releasing that video is that important,” Washington said. “Because a majority of people in their mind are thinking she was trying to run over a police officer. That did not happen.”

Although the family is relieved the officer was indicted, it’s not the charge they wanted.And it doesn’t change reality for two little girls, left with just a face and a voice. Her mother played a recording of Dawes talking to her daughters ending with: “Mommy loves baby. Always. Always!”

“We’re not going to stop until justice is given to my little cousin because she deserves it,” Gabrielle Saucedo said.

The family also says that Dawes was five-months pregnant when she died, but Johnson called that a rumor.

Hess is now on administrative leave from the Dallas Police Department, pending an investigation. There was a second officer who fired one shot and the family wants him charged, too.